Islamabad: The Reporters.pk won 2nd prize in Diversity and Pluralism in Media Award to the journalists of Digital Media Alliance of Pakistan (DigiMAP) who had reported on challenges faced by religious minorities (RMs) in Pakistan.

Asma Ghani from The Reporters.pk received the 2nd prize while Fatima Razzaq from Sujag won first and Syra Rashid from IBC Urdu got the third position. Ghani received the award for reporting on online harassment challenges faced by religious minorities.

Diversity and Pluralism in Media Award to the journalists of DigiMAP who had reported on religious minorities was given in a ceremony held in connection with the first Anniversary of Digital Media Alliance of Pakistan (DigiMAP).

First Anniversary of Digital Media Alliance of Pakistan (DigiMAP) commemorated with Diversity and Pluralism in Media Award to the journalists who had reported on religious minorities (RMs).

DigiMAP supports and practices independent online public interest journalism and digital media in Pakistan and strives to represent the rights and interests of all the socio-political and economically marginalized communities ignored by the mainstream media.

The Award 2021 was awarded to three journalists whose stories on religious minorities were published by DigiMAP member organizations this year.

The awards were decided by a committee of senior journalists based on a rigorous evaluation criterion, which was coordinated by Institute for Research Advocacy and Development (IRADA). 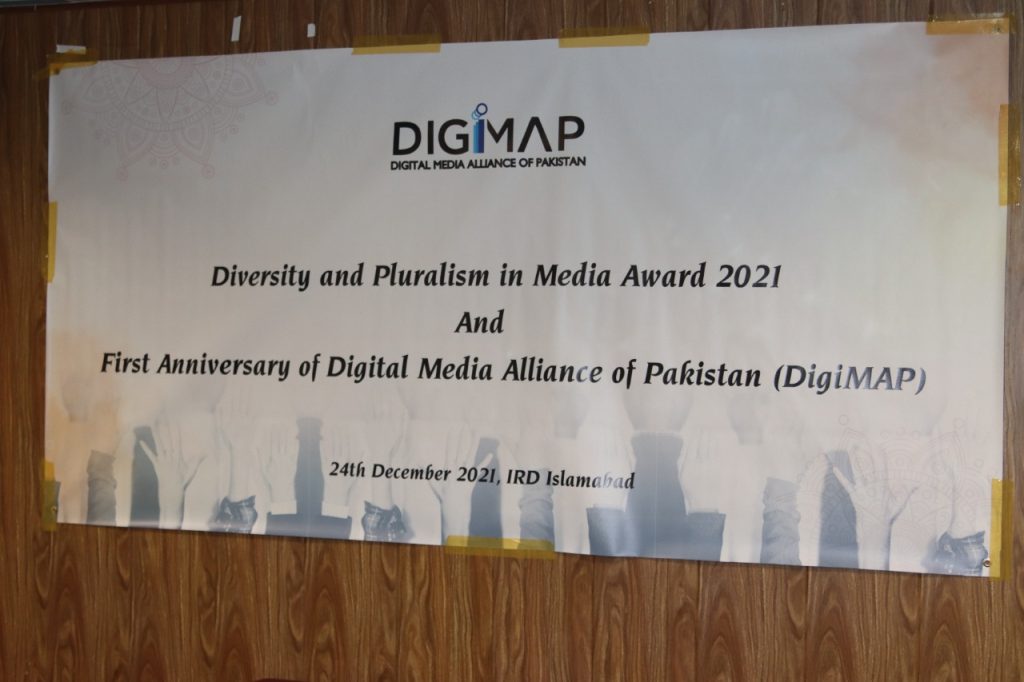 Parliamentary Secretary on Human Rights Lal Chand Malhi while appreciating the reporting carried out by DigiMAP member organizations on RMs, said, “I also have a journalism background and I understand the importance of digital media in ensuring accurate and humane reporting about religious minorities in Pakistan”.

International Media Support (IMS) country representative Adnan Rehmat said digital media despite meager resources have given voice to the voiceless people of the country, adding that digital media shows the perspective that is missing in the mainstream media.

“DigiMap has done a great job in a year. It’s successful because common people have been running it,” Adnan Rehman maintained.

Independent Urdu editor Haroon Rashid said minorities and women should be given the chance by the digital media to tell their stories themselves because of the perspective they bring no one can. 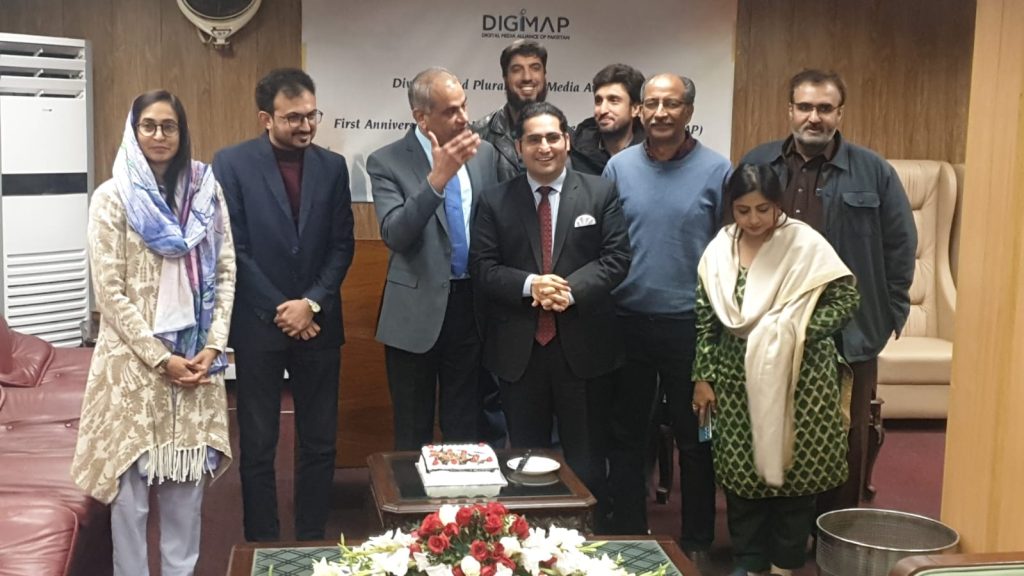 DigiMAP chairman Sabookh Syed said true journalism was dying and digital media has given an alternative to the masses. People trust digital media because it’s free and unbiased.

Sabookh said, “Today is an important milestone in the journey of our nascent alliance and it will shape up a new framework for media in Pakistan.”

Institute for Research Advocacy and Development (IRADA) Executive Director Aftab Alam informed the participants that 53 stories were produced by different journalists of 12 digital media organizations from across the country. And of them, the best three were selected by a jury of independent and renowned journalists.

Before, Aftab Alam said, a study was conducted to see how mainstream cover minorities issues and it was found that only 53 routine stories were published/on-air about them in a month, and the real issues faced by RMs were missing from them.

On the occasion, DigiMAP membership for other digital media platforms doing public interest journalism was opened.

The event ended with a cake cutting ceremony to mark the first anniversary of DigiMAP. 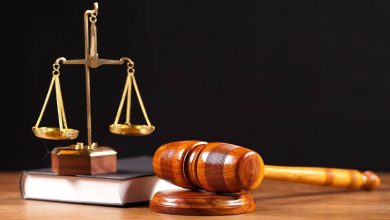