LAHORE: The federal government’s newly notified regulations aiming to curb online content can only aid in diminishing the fundamental rights of freedom of expression and access to guaranteed in the constitution of Pakistan and should be revoked immediately.

This was stated on November 20, 2020 in a joint statement issued by the Association of Pakistan’s Independent Online Journalism Platforms, which groups together professional online public interest journalism practicing platforms of the country.

“The recently notified ‘the Removal and Blocking of Unlawful Online Content (Procedure, Oversight and Safeguards) Rules 2020’ under the controversial ‘the Prevention of Electronic Crimes Act2016’ are against the people’s rights to express themselves and seek and impart information of interest to them and should be immediately reversed,” the Association said.

The joint statement said the Rules, which are supposedly formed to operationalize the problematic and contentious Section 37 of the PECA law, have not only gone beyond the bounds of its parent law but also attempted to give new meanings to Article 19 of the Constitution, which is unacceptable.

“In principle, such Rules can be made for the operation of the law and cannot amend the law or expand its scope or bring substantive changes in the law. However, these new Rules attempt to give new definitions such as ‘community guidelines’, ‘social media’ and ‘social media company’ which are not given in the PECA law,” the Association said.

The Rules also define the terminology given in Article 19 of the Constitution such as ‘glory of Islam’, ‘integrity, security and defense of Pakistan’, ‘public order’ and ‘decency and morality’, the statement said.

“It appears that by defining these terms, the Rule have overstepped the exclusive jurisdiction of the constitutional courts to interpret and construe constitutional provisions,” the Association statement said.

The Rules give power to PTA [Pakistan Telecom Authority] to impose a penalty up to Rs 500 million whereas – other than the offence of Cyber Terrorism under the PECA – amaximum penalty of Rs 10 million may be imposed on repetition of an offence or violation of ‘directives’ of the government or PTA by an owner of an information system. “This is an obvious deviation of the Rules from the parent law. This is beside the question whether PTA is a court and can adjudicate an offence,” the statement said.

The Association said it was disturbed that the Rule gives the authority to PTA to direct a service provider, social media company, owner of information system, owner of internet website or web server to remove or block access to any [allegedly] unlawful content, which it termed as sweeping powers that undermined fundamental constitutional guarantees.

“Adjudication of rights, including right to freedom of expression is the domain of constitutional courts. By giving this authority to declare whether a content is law full or unlawful an administrative body like PTA is against the vires of the constitution and principles determined by the superior judiciary for adjudication of constitutional rights,” the Association joint statement said.

The Association said it supports the argument of the Asian Internet Coalition that “the draconian data localization requirements will damage the ability of people to access a free and open internet and shut Pakistan’s digital economy off from the rest of the world.” 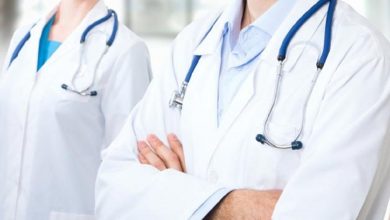