ISLAMABAD: Islamabad and Beijing agreed to maintain close coordination and communication over the rapidly unfolding political situation in Afghanistan and the way forward.

The consensus was built during a meeting between Chinese Special Envoy for Afghan Affairs Yue Xiaoyong and Pakistan’s Foreign Secretary Sohail Mahmood at the Ministry of Foreign Affairs, Islamabad on Friday.

During the meeting, the two sides reviewed the latest situation in Afghanistan.

The foreign secretary shared Pakistan’s perspective, stressing the importance of a peaceful and stable Afghanistan for Pakistan and the region.

Sohail Mahmood said that, in the given situation, safety, security and protection of rights of Afghans as well as stability and an inclusive political settlement were of critical importance.

The foreign secretary underlined that the current situation necessitated sustained international engagement with Afghanistan, including for humanitarian assistance and economic sustenance.

Mahmood also highlighted Pakistan’s support for the evacuation of diplomatic and international organizations personnel, the media and others from Afghanistan.

Meanwhile, the foreign office spokesperson said, during the weekly press briefing, that Pakistan is closely following the developments taking place in Afghanistan and are in contact with the international community on this issue.

Prime Minister Imran Khan had telephonic conversations with the world leaders, including the President of Turkey, the German Chancellor, and the Prime Ministers of the United Kingdom, The Netherlands and Denmark.

Foreign Minister Shah Mahmood Qureshi also spoke to his counterparts from the US, China, UK, Denmark and the Republic of Korea.

The overall discussions centered on the rapidly unfolding situation in Afghanistan and the way forward.

The foreign minister will also be visiting the neighbouring countries of Afghanistan for consultations soon.

We also remain engaged with the Afghan sides.

Our Ambassador in Kabul has met with the Taliban leaders, former President Hamid Karzai, Dr Abdullah Abdullah and others, he maintained.

A delegation of political leaders from Afghanistan, representing different ethnic groups and political parties has also been on a visit to Pakistan.

During all these meetings, we have shared Pakistan’s perspective on the current and evolving situation in Afghanistan and the way forward.

Being the immediate neighbor of Afghanistan, with a 2600 km long border and host to over 4 million Afghan refugees, we have an abiding interest and desire for peace and stability in Afghanistan.

We have consistently underscored the need for a political solution and have supported every effort for peace in Afghanistan.

We have remained part of all mechanisms, regional and international, aimed at bringing peace and stability in Afghanistan.

We now see an opportunity in the form of the international community’s convergence on peace and reconciliation.

We also see a similar opportunity in the form of the Afghans’ yearning for peace and prosperity.

As for the situation on ground, we have noted positively that there has not been widespread violence thus far.

We have also noted the statements made by the Taliban’s Spokesperson in his first press briefing.

We have particularly noted his comments about not letting Afghanistan become a terror haven, protection of lives and properties of Afghans and foreigners, respect for rights of all Afghans including women, right to education and political reconciliation.

These are indeed positive indications.

For durable peace in Afghanistan, we continue underscoring the need for an inclusive political settlement through an intra-Afghan process.

We call upon all parties to respect rule of law, protect fundamental human rights of all Afghans and ensure that Afghan soil is not used by any terrorist organization or group against any country.

We underscore the importance of early and smooth transition of power and the need for all Afghan sides to engage and work out an inclusive political settlement.

The continued engagement by the international community is also critical for achieving durable peace, security and development in Afghanistan.

As for Pakistan, we are committed to work together with the international community to advance our shared objectives in Afghanistan.

I would also like to share our ongoing efforts to facilitate evacuation or temporary relocation of members of the international community from Afghanistan, including diplomats and staff, representatives of international organizations, media, and others. 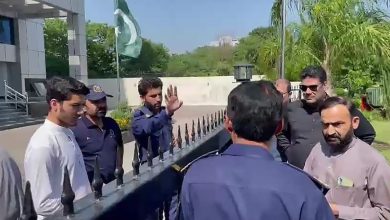 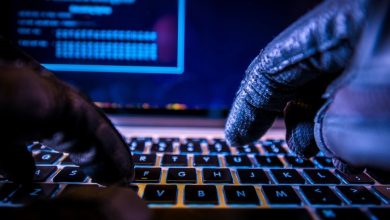 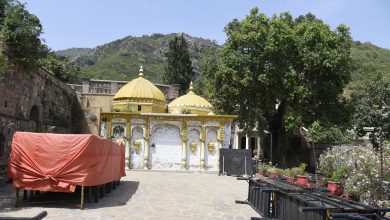