Islamabad : On May 24, 2021, Kavita, 23, was asleep at her father’s house in Mithi area of Tharparkar, Sindh when three armed persons, with covered faces, broke into the house and took her away at gunpoint.

Kavita was married to A*, a man of her own community for three years, and the couple was living a happy married life. That night, she was at her parents’ house to spend some moments with them.
The very next day, her family receives a small receipt along with documents [conversion & marriage certificates] lying in the lawn.

According to the documents [copies are available with this correspondent], Kavita contracted marriage to a local influential man and before marriage she converted her religion.

The girl’s new name is Shahnaz Shaikh, wife of Sillu Nohri, a local man who belongs to an influential family with strong political background.

There is no registration authority exists in the region to issue marriage certificates to religious minorities. The victim family neither has any documented proof, nor resources to pursue for justice.

Kavita alias Shahnaz Shaikh’s lawyer Shankar Meghwar narrated as the victim girl’s father told him ‘Sillu Nohri, along with two other men broke into his house on the midnight of May 24-25 and took her away at gunpoint. Later, they took her at the shrine of Pir Jan Agha Khan Sarhandi and ‘forced her to convert Islam and then married to Sillu’. 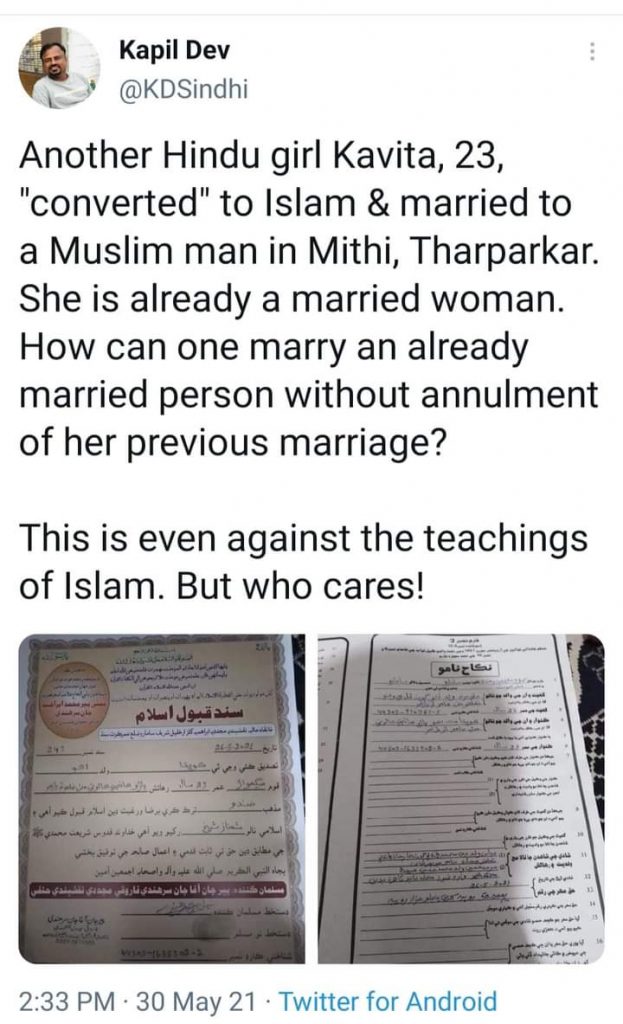 Kavita was already married to A*, the lawyer alleged.  However, the victim’s family neither has her birth certificate, nor first marriage certificate to prove the crime committed against them, Meghwar added.

The poor parents have approached the police, but no case could be registered.

Kavita’s lawyer says the local police register an abduction case, under Section 365-B, after any such incident happened.

According to him, the mentioned section states “whoever abducts any woman with intent that she may be compelled to marry any person against her will or she may be forced to illicit intercourse shall be punished with imprisonment for life and shall also be liable to fine”. Shankar Meghwar considers the incident a violation of the Sharia Law.

“Kavita’s first marriage is still intact and without adopting any legal procedure, she has been married again, which is against the Law.” Shankar Meghwar – Lawyer based in Tharparkar

Kavita’s first marriage is still intact and without adopting the legal procedure, she has been married again, which is against the Sharia Law, he emphasized.

The respective law teaches that if a married woman wants to contract second marriage she has to observe “Iddat” period, which is necessary to assure the pregnancy from first husband, but in Sindh all is going on and situation is worst, Shankar Meghwar lamented.

The religious minorities in the area get scared when they are advised to approach the police against the perpetrators, said member Human Rights Commission of Pakistan (HRCP) Pushpa Kumari. If a family approaches the local police, lack of understanding about the respective laws and influential perpetrators trap them in fake cases to mount pressure against them, Kumari added.

Forced conversion is a commonly observed practice in interior Sindh since years, adding that serious efforts at the state level and increased media coverage of the problem could play an important role, but it could not be possible due to the alleged involvement of influential elite, Shankar lamented.

Shankar informed that around 80 per cent marriages of forced conversion remain unreported, adding that different tactics are practiced to achieve targets against minorities in the region.

Kumari said the issue is mostly practiced in Tharparker, Badin, Umarkot and Sanghar and some other districts of Sindh. She says ‘at least two or three incidents of forced conversion take place every month and most of the incidents remain unreported citing many push and pull factors.

At least two or three incidents of forced conversion/marriage take place every month and most of the incidents remain unreported citing many push and pull factors. The issue is mostly practiced in Tharparker, Badin, Umarkot and Sanghar districts of Sindh province. Pushpa Kumari- Member Human Rights Commission of Pakistan (HRCP)

The offending party sometimes picks a girl belonging to a minority caste for a purpose and when it is achieved, the victim has been left at the mercy of society.

Lack of consensus among low caste, religious minorities, lack of education and poverty are some important factors increasing vulnerability of the marginalized communities, Kumari shared her observations.

She says powerful perpetrators and their strong links with local landlords as well as concerned authorities add into their vulnerability.

When asked about love affairs, how a girl aged 12 or 15 years can develop a love affair with a man of 40 plus and father of three or four children, she questioned. In most of the abductions a person aged 40 or above were found involved, Kumari added.

Kumari feared that if the situation of forced conversions could not be stopped and legal framework could not be introduced, it would be alarmingly dangerous for the religious minorities in the country.

Peter Jacob, chief executive Centre for social Justice, said it’s a complex thing as not all conversions are forced. They are certainly well full among both genders, but conflict is lack of freedom of consent which puts them in trouble.

Religion is a public affair, not private, religious minorities are stakeholders and matters a lot for the state as for the rights of every individual in concerned, Jacob informed. It’s a complex of pressures that every majority person can apply on religious minorities, he lamented.

Jacob further said if a girl stood a victim of rape, it becomes a puppet for everyone, personal and psychological trauma is beyond limits for the victim and her family, which is out of a common man’s understanding.

In the 1998 census, the ratio of religious minorities was 3.7 per cent and the recent census reports 3.5 per cent. Its proof that the minority population is in decline and shows that there is something happening which is not good for them, Jacob said.

In the 1998 census, the ratio of religious minorities was 3.7% and the recent census reports 3.5%. Peter Jacob – Chief Executive, Centre for social Justice

It’s the central issue to address the conflicts of minorities and there is indifference in every matter of the governance, adding that growing intolerance and attitudinal changes towards religious minorities are other factors that put minorities under pressure, he said.

We need to talk about what the Constitution says about religious minorities’ rights and should implement the law in letter and spirit, he emphasized.

Dr Ramesh said that the marriages of religious minorities should be given the shape of law in Pakistan like many other Muslim countries such as Indonesia and Malaysia.

He has the view that once, the law about forced conversion gets approved the problem will automatically be resolved.

He said extremists’ thoughts prevails everywhere in the world and religious scholars play a vital role to create the environment of interfaith harmony and here in Pakistan too, religious scholars and Ulemas have a greater responsibility to play their positive role, the former member NA said.

Twice so far, the Sindh government attempted to outlaw forced conversions, including laying guidelines for the court process in the Protection of Minorities Bill, placing an age limit of 18 years upon conversions and enabling better due process.

In 2016, the Bill was unanimously passed by the Sindh Assembly, but religious parties while rejecting the age limit for conversions threatened to besiege the Assembly if the Bill received approval of the Governor, who then refused to sign the bill into law.

In 2019, a revised version of the Bill was introduced, but religious parties protested once again and succeeded to achieve their goal.

HR minister Shireen Mazari is a member of the Committee, pinning hopes that she will play a role in getting the Bill approved by the National Assembly without any further delay.

The Bill will not be picked from the National Assembly as it was picked twice from the Sindh Assembly, he hopes.

It is to mention here that the Bill was dispatched to the Joint Parliamentary Committee on March 11 this year and it has yet to table in the Parliament for approval.

In 2014, the Supreme Court delivered a landmark verdict regarding the protection of minorities; rights.  Six years down the line, the verdict has not been implemented yet.

The apex court set up a commission for the execution of its order and a three-member bench has constituted a one-member commission under the leadership of Dr Shoaib Saddle for the enforcement of its orders.

A four-member committee has also been formed, but no development could be made to ensure protection of minorities’ rights.

The Peoples Commission for Minorities’ Rights and the Centre for Social Justice compiled the data of 156 incidents of forced conversions, which took place between 2013 and 2019. The report reveals that the production of a conversion certificate and a nikahnama influence law enforcement to pardon the abductors.

According to the 1998 census, Hindus in Pakistan account for approximately 1.85 percent of the country’s total population.

The SDPI 2014 report states that the Pakistan Hindu Council has estimated that the total Hindu population now exceeds seven million. Of this group, approximately 94 percent inhabit the province of Sindh, with more than half of Sindhi Hindus concentrated in the Tharparkar district.

The remaining Hindus reside in small pockets of Punjab, KP as well as Baluchistan provinces. In recent years, Hindus remain not just a target of suspicion but also severely discriminated against and persecuted in numerous ways.

Hindu marriages are not recognized or registered under the law, thus allowing for police to make accusations of adultery and demand extortion payments. 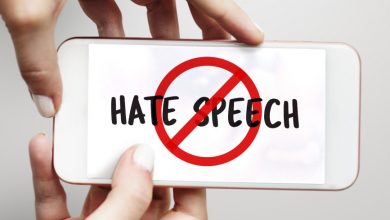 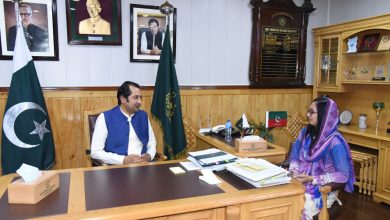 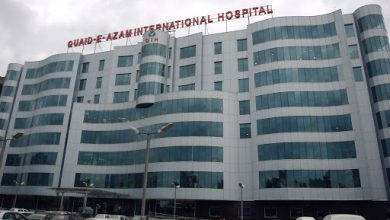 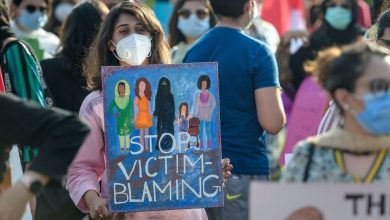